How to Make Cool Luminaries on a Budget

Do you want to make a luminary to accent your decor, but you want to keep the costs down? David does it with budget materials from the hardware store!

Desperately seeking a cool and functional lighting option for your space?  Man Podger David has a new tutorial for you – make a luminary on a budget: with hardware store goodies!  Most of you don’t know this, but I’m really into mood lighting.

Not a big fan of bright light. I’m straight out of the Twilight series, and I think it’s because I grew up in Seattle. The great thing about these luminaries is that they are for vampires and non-vampires alike.

I need to make about a hundred, because my friends would love them for gifts. Here’s the tutorial, straight from David.

I wanted to create some kind of decorative luminary for a centerpiece, but I needed it to be very affordable and customizable.

So wandering the hardware store aisles (it’s what I do) I found some thin steel plates in the building supplies section.

They are used for connecting beams and things together but, they are affordable ($.88!) and come in a wide range of sizes – and they have holes in them.

How to Make Luminaries

For this project you will need:

And some optional items include:

Step One – Cutting the Base
I cut my base so that the steel plates could overlap at the corners like this diagram.

Step Two – Cutting the Dowels
I needed the dowels to rest on the base but not stick out the top. So, I measured the height of the steel plate (7”) and then subtracted the depth of the base (1/2”) which left me with 6 ½” inches. I then shaved off another ¼” inch – so each dowel was 6 ¼” long.

Step Three – Attaching the Dowels
Using the Gorilla Glue, I attached the dowels to two of the plates. I used the base as a guide to make sure they were at the right height.

TIP: The glue against the metal is slippery at first – I found that if I let it sit for a few minutes to get tacky I could make sure it was in the right place and then pile some weight on top to ensure a good bond without anything slipping.

I repeated the process with another plate and the remaining two dowels, so I ended up with these four pieces:

Step Four – Assemble the Sides
I then glued the sides with the dowels to the base (this is where a clamp comes in handy).

With the luminary still resting on its side, I placed one of the plates down on top and marked the spots where the holes aligned with the dowels.

After that I drilled pilot holes to prevent the wood from splitting.

Then I flipped it over and did the same on the other side, adjusted my clamps and viola:

When the glue was dry I removed the screws and attached my images to the sides using Mod Podge. I let it dry and then added a sealer coat of Mod Podge for good measure. After the sealer coat dried I trimmed away any excess (I always cut my paper a little bigger than I need just to be safe).

Step Six – Poking
Here is where I got high tech.  I took a toothpick and poked through the paper into the holes in the steel plates. I just stuck it in and wiggled it around a bit to make the opening as wide as possible.

Step Seven – Done!
I added my battery operated tea lights (I would advise against using actual candles – the heat generated and the metal sides seems like a bad combination).

And then I made another one because it was so easy:

I had a little difficulty getting a good “night time” shot so my apologies for the quality of this photo, but it gives you a sense of what they look like with candles blazing!

I really like how these came out and I spent a total of about $7.00 (the tea lights are from the dollar store).

All of my projects are a journey of discovery. After I’m done I always think of ways I could do it better.

I like this project because the possibilities are endless. As I mentioned, the steel plates come in all kinds of sizes.

You can use images like I did or left-over pieces of scrapbook paper, or newspaper, or book pages or music. You can do each side differently as I did or you can wrap the whole thing at once.

If you’ve got a drill press you can drill even more holes through the sides to create more light.

I hope you enjoyed it and that it sparks your creative fires. Feel free, as always, to ask questions – I will monitor the comments section.

← Previous
Cool End of Summer Crafts for the Family 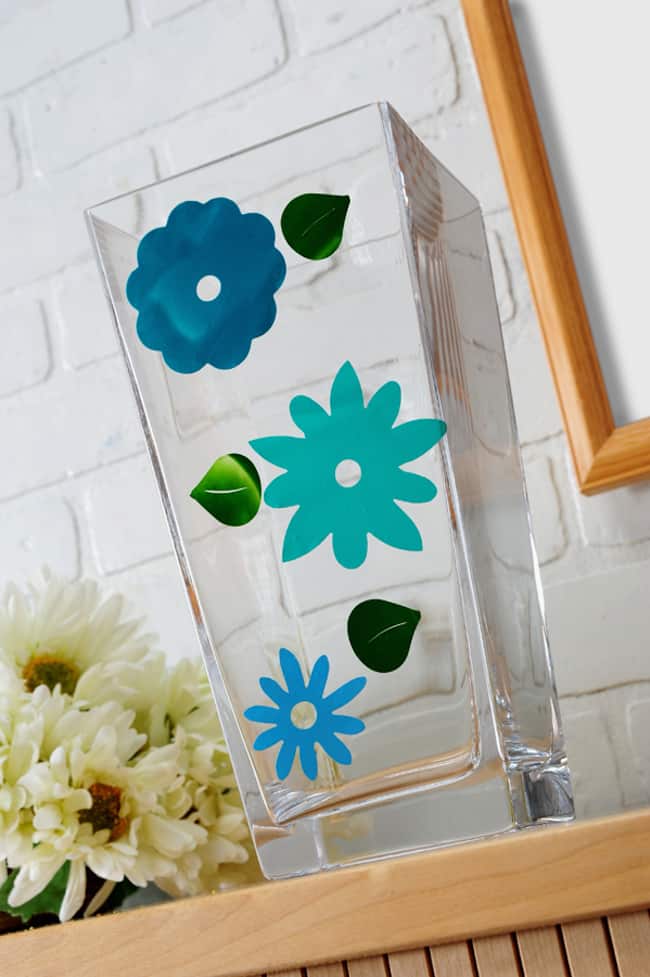 really great idea, and one could even leave a panel or two without the images for a more industrial look.....thanks so much for sharing on craft Schooling sunday!

I'm also a big fan of mood lighting. I have lots of different lamps at different watts sprinkled throughout the house. Great project.

These look super cool and I can think of so many ways to use them!