I really want a Mod Podge car! This cool car looks like it’s covered in fabric and decoupage medium. Would you ever do this to car?

Okay, so I don’t know if this is really a Mod Podge automobile – but it looks like it. It definitely could be. I spotted it on Gypsy Purple, and I’m wondering how I can get my hands on it.

For those who don’t know, Jan Wetstone, the original creator of Mod Podge in 1967, decoupaged a car with sheets back in the day. She Mod Podged on a Volkswagen Beetle, just like the Gypsy Purple car!

During the Mod Podge 45th anniversary in 2012, I got a chance to speak with Jan and ask her about the car. I was so curious how it lasted and she said her son drove it for many years!

I just thought that was so cool – and here’s a picture of the car that Jan did with the sheets:

Someday I’m going to own a car like this. It may not be a Beetle, but I’m going to purchase something fun on the cheap and then add vintage sheets or fabric. 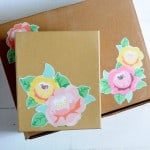 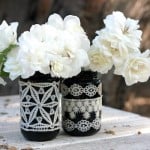 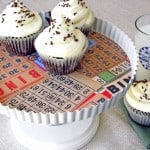 DIY Gift Tags with Fabric That You Can Reuse