How well does Mod Podge work with ink pads, pens, pencils, and markers? Which cause smearing when applied over/under? Find out here!

If I had a penny for every time I’ve been asked a certain question about Mod Podge, I’d be a millionaire. If you’re wondering what that question is, here it is:

“Which ink pad/pens/pencils/markers can I use with Mod Podge – with no smearing?”

It’s not asked exactly that way every single time (that would be amazing), but it’s pretty close. I got embarrassed for awhile when I did get asked, because I couldn’t remember the answer. It was hard to keep straight.

“Wait,” I’d say to myself, “does that ink pad work on top of Mod Podge or below it . . . or both?” Plus I’m getting older and who can keep track of all that?! It made the most sense to do this experiment and write it all down in a post, which is what I’m doing here.

So what did I test? Two things:

And here’s what I tested:

Here are the results. And you need to read carefully. Not because I don’t think you can read, but because I want to make sure you fully understand the results – which I will try to explain as clearly as possible! Let’s start with:

For this experiment, I applied each item to a piece of white scrapbook paper – all items were applied to the exact same type of paper, which is the type you can get in the scrapbooking aisle at your local craft store.

Each item was allowed to sit/dry for 20 minutes before Mod Podge was applied, even if it didn’t technically need “dry time.” I also brushed over each item about 3 – 4 times with Mod Podge and a regular paint brush.

Here are the results of the smear test. Successful means that the item didn’t smear when Mod Podge was applied on the top – and I would endorse using this product with Mod Podge over the top with no hesitation. Any other result is explained.

Any bad stamping is because of a shaky hand – please excuse. :0

For this experiment, I applied Mod Podge to the scrapbook paper in approximately two layers and let it dry for 30 minutes – an hour depending on the page.

Basically, you would want your Mod Podge to be dry to the touch for this. Once the Mod Podge was dry, I applied the item on top, THEN I let that dry for 20 minutes. The last step was to run my finger across it to see if it smeared.

Here are the results of the smear test. Successful means that the item didn’t smear with my finger when applied ON TOP OF Mod Podge – and I would endorse using this product on top of Mod Podge with no hesitation. Any other result is explained.

So those are the results. I’d love to hear your experiences – and any questions – in the comments!

Also, if you’d like to visit some related articles for decoupaging, here are some of my favorites: 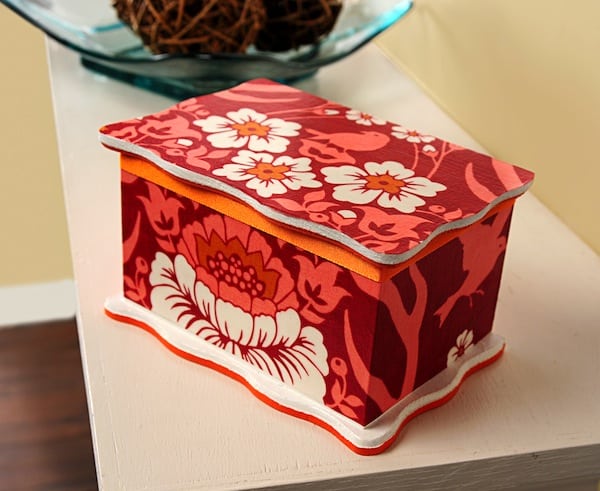 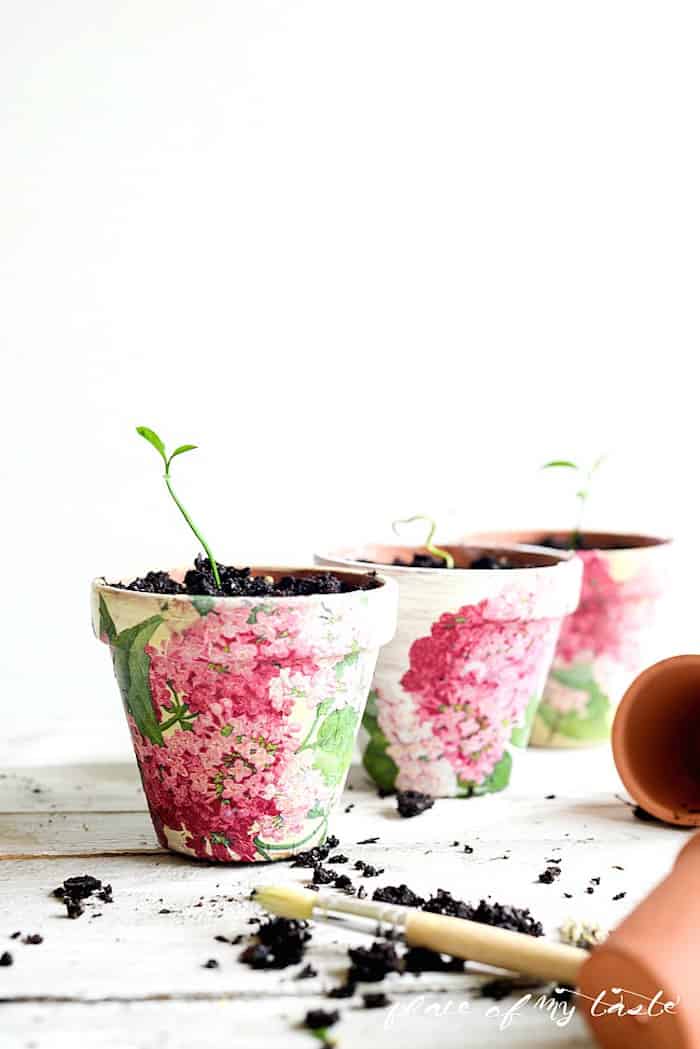 Thank you! This article about different products smearing and not smearing with mod podge is great!!!!!! Super helpful!!!

My pleasure - thank you for reading Hayley!