My niece and I are excited to celebrate the release of Wonder Park, in theaters March 15th, with these cute character totes! Learn how to make them with craft store supplies including paint and felt. They’re so easy!

When I was little, I had a big imagination! There was a moss-covered hill near our house in Washington state, and I called it “green paint” because it looked like a can had dumped over.

I used to tell my mom about a bunch of characters that lived in there, including one named Jolie and another one named Tom. I have to wonder if my vivid imagination as a child influenced my creativity today. It surely seems like it did!!

I’m a big fan of movies that encourage children’s imaginations and creativity, and I’m so excited for this new release . . . Wonder Park tells a story of a wildly creative girl named June who imagines a magnificent amusement park that comes alive!

To celebrate the new movie, my niece and I made some fun character totes featuring the characters Greta and Boomer. Greta, a warthog, is my favorite character because of her take-charge attitude.

My niece’s favorite character is Boomer, a big blue bear, because he’s entertaining and lovable. And funny thing: my niece reminds me of June because of her adventurous spirit!

These totes are so easy to make with a few simple materials. I’ve even provided you with templates so that all you need to do is paint and cut out felt. Make these with your kids and then go see the movie! Learn how to do it below.

To paint your tote, place it flat down on a protected surface. Tear off pieces of 1″ painter’s tape or stencil tape to line the edges. Line up the tape with the outer edge of the tote.

Work around the edge of the tote with the painter’s tape, including the corners. Smooth down.

I have a secret for you that is going to keep the fabric paint from bleeding! Paint a line of Mod Podge around the edge of the tote and painter’s tape. It will dry clear and seal the tape so that paint can’t bleed through.

I used Satin Mod Podge because the paint I used had a satin finish. Let dry for about 15 – 20 minutes.

Start painting a medium layer of acrylic paint on the tote, using a paintbrush.

Work all the way around the tote until it’s completely covered. You’ll use blue paint for Boomer and brown paint for Greta.

While the paint is still wet, peel the tape away. Don’t you LOVE how crisp my painted edge is??

Let the paint dry for a few hours, or use a hair dryer to speed up the drying process.

Print out the Greta and Boomer templates, and grab your felt.

Cut out each piece according to the final images of the totes. For Greta, you’re going to make medium brown ears with dark brown centers.

Her snout is pink with medium brown centers and her horns are ivory.

Cut out Boomer’s nose and ears. His ears are blue with a light brown center. His face is light brown with a medium brown nose and dark brown nostrils.

Add felt glue to the pieces of felt and adhere them to the tote as they are shown on the final project.

As you can see, it’s so easy, even a kid could do it! You could make these types of totes for all of the characters in the film (even the Chimpanzombies!).

Here’s the final Greta tote with her cute snout and horns.

The Boomer tote makes me so happy – just like the character Boomer in the film!

What do you think? Do you love our Wonder Park totes, and would you love to make one?? Are you planning on seeing Wonder Park on March 15th? Let me know in the comments!

Also before I go, check out the trailer for Wonder Park – it’s going to give you a great idea of what the movie is about and it features Greta and Boomer, and I know you’re going to love it. Get your tickets now at WonderParkMovie.com!

Disclosure: This post sponsored by Paramount Pictures. All opinions are 100% my own. 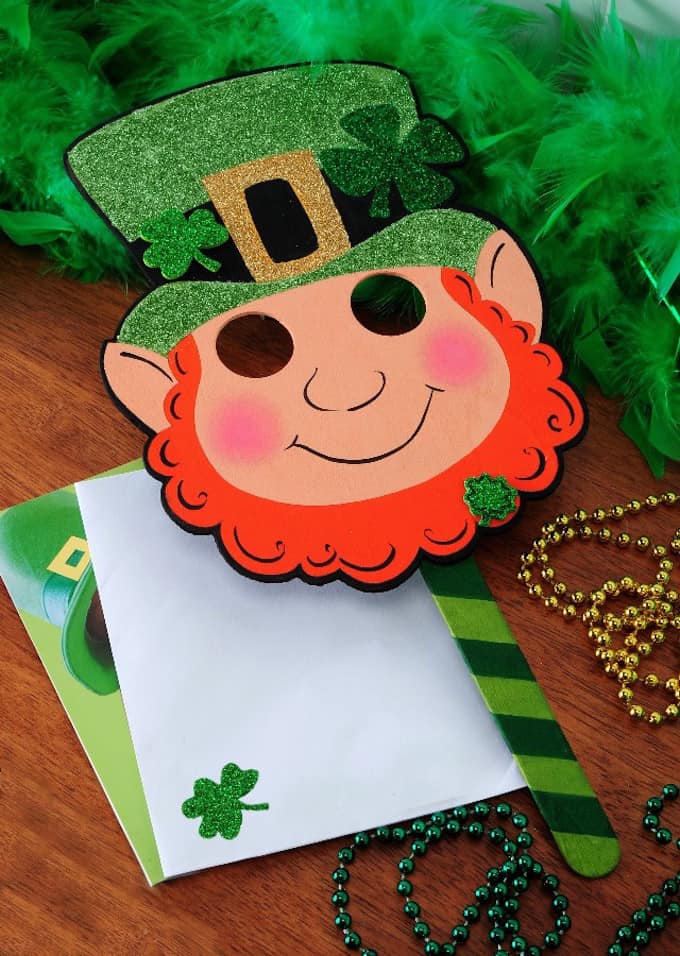 These bags are adorable Amy!! I probably won't see the movie just because I'm never with young children but one never knows when the whimsy will strike LOL. I love the Painters Tape and Mod Podge tip, how genius is that??!! Thanks for sharing and for the always awesome inspiration.

WOW. That Mod Podge and tape idea is genius!! I have never seen it before. I wonder if it works on walls too? The movie looks cute. I'll have to check it out with the kids. Thanks!