DIY Wall Organizer for Those with Limited Space

Create this easy DIY wall organizer using boxes from the craft store, paper and Mod Podge! The best part is that it was made on a budget!

When Man Podger David said that he decoupaged this DIY organizer for his friend Aimee, I knew it had to be great. Amy’s (or Aimee’s or Amie’s) only accept the best in quality and have the best taste.

My friend Aimee has declared 2013 The Year of Organization!

She’s starting with her desk and she’s on a budget. Her space is limited and asked me to make a small, DIY wall organizer where she could keep her keys, business cards and paper clips within easy reach.

I’d recently spotted some little boxes in the $1 bin at Michaels (actually $1.50) and thought they might work well if we gussied them up a bit. So I gathered them, some simple tools and supplies and got to work. I used the following items to create this DIY organizer:

I cut my scrap book paper to the appropriate width for each box and attached it all the way around (the back is never seen of course but it just seemed easier to do the whole thing).

While that was drying I painted the knobs with my white craft paint and applied the first layer of paint to the scrap wood backer.

and then painted over the whole thing with my white craft paint (the paint won’t stick to the candle wax).

When the second layer of paint dried I went back in with my sandpaper and sanded away to give it a rough, two-tone look.

My little boxes were now thoroughly dry so I trimmed them a little with my craft knife.

I reattached the knobs and then, because I wanted the lids to stay shut I attached the small sections of 3M Command strips. I used the Command Strips because that’s what I had on hand – any sticky backed Velcro would work.

Next, I attached the boxes to the board by drilling two screws into each box.

And I was done.

(On a whim I added some Scrabble Tiles using hot glue.)

For the final picture here, the DIY wall organizer is being held up using double sided tape. When we actually install it over at Aimee’s, I’ll either drill it into the wall or get some keyhole hooks to hold it securely in place.

One of my boxes had a lid that was a bit wonky. To make it lay flat I just ironed it (on a high/cotton setting). That did the trick to smooth it out and make it close easily when the Command Strip Velcro was applied.

Don’t forget to visit David at his blog, Etsy, or on Facebook. 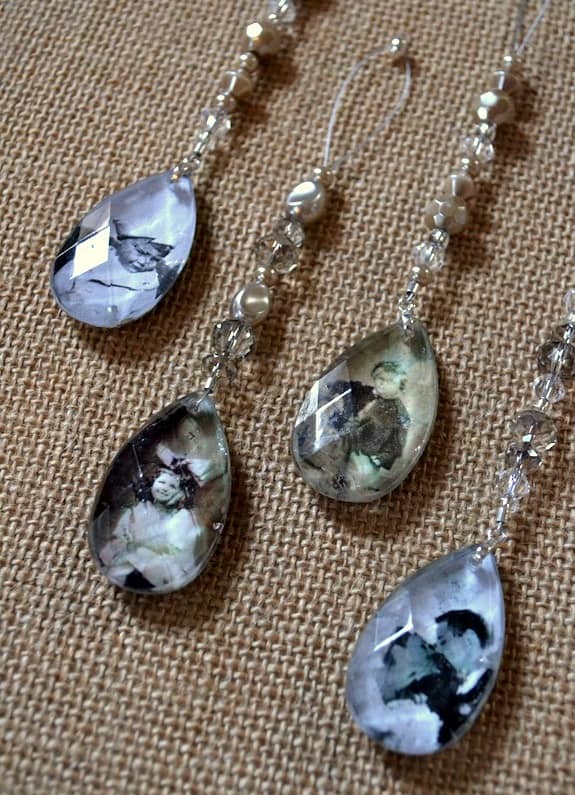 This is darling! I would love something like this-- I am always "losing" my stuff on the counter. Thanks so much for the idea!

love the scrabble tiles! thanks for sharing!

How cute. It's really playful and the patterns are so happy and fun!!

I love this idea! And you could change this up in so many ways to go in different rooms!

Very cool! I love the use of the letter tiles!