You can use the Mod Melter as an all-purpose glue gun to make everything from molded embellishments to home décor, paper crafts, and more!

Note: this article was originally published in July 2016.

I’m excited to share a new release with everyone today – the new and IMPROVED Mod Melter is out! It’s a genius tool developed by my friends Cathie & Steve.

If you haven’t heard of this cool device, it’s a uniquely designed tool that takes the traditional hot glue gun to a whole new level!

It can be used as an all-purpose, mini high-temperature glue gun -but it was also specifically manufactured to be used with Mod Podge Mod Melts to create Mod Mold embellishments.

There was an original Mod Melter released awhile ago, but this 2.0 version is NEW and IMPROVED – no leaking! If you haven’t checked it out, I’m excited to tell you all about it. It’s really awesome, not to mention, pretty (which I value in my craft tools personally).

The new Mod Melter offers many improvements over the traditional mini hi-temp glue gun including:

It works like a basic glue gun, but just so you have the instructions, here they are:

It’s SUPER easy to use, and I think you’re going to like some of the features way more than a traditional glue gun. Check it out at your local Michaels! 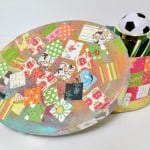 Decorate a Jute Bag with Fabric (No Sew!) 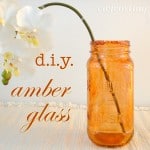 How to Color Glass with Mod Podge 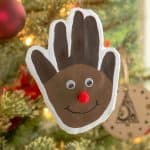 How to Make a Handprint Ornament the Easy Way! 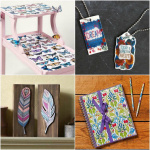 Adult Coloring Pages: 10 Unique Ways to Use Them